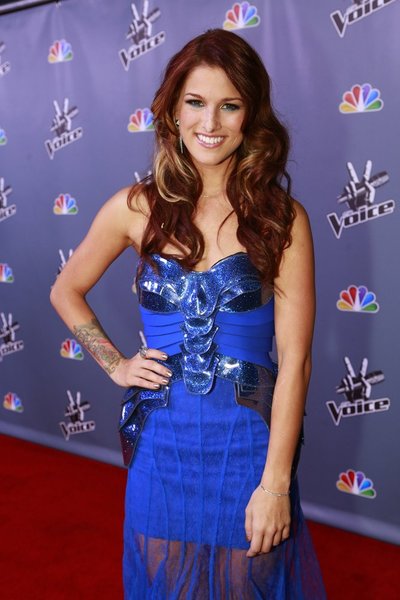 There’s a lot more happening than just the Season 5 premiere! News and notes from around The Voice universe:

The show won its first Emmy Award for Outstanding Reality Competition Program on Sunday night in Los Angeles. It had been previously nominated in the same category last year, but lost to CBS’s The Amazing Race.

Overall, in two years, The Voice has won two Emmy Awards and been nominated nine times. Congratulations to all the show’s Emmy nominees!

Season 3 winner Cassadee Pope is gearing up for the October 8 release of her post-show album Frame by Frame. That includes a related CMT event, Cassadee Pope: Frame By Frame, which premieres on October 4. Check your local listings for specific channel and airtime in your area. If you haven’t pre-ordered your copy of the album yet, you can still do so here.

Season 2 finalist Tony Lucca announced on Monday that Season 1 finalist Vicci Martinez will be joining him and Brendan James on select dates of their upcoming tour. Visit Tony’s official website to check out show details and find out if you can catch these two talented musicians in your area this fall.

Tony is also finishing up the live performances in support of his recent EP With The Whole World Watching, concluding with a series of West Coast shows. The final segment begins with an October 9 show at The Griffin in San Diego. You can click here to read our recent interview with Tony about the tour, and here to download With The Whole World Watching if you haven’t already.

In new music, Season 2’s Chris Cauley dropped his EP My Turn earlier this month, which you can find here. Season 2’s Katrina Parker has her new CD In and Out of the Dark, which is here. And Season 3’s Cody Belew has released a new record, What You’re Looking For, which you can download here. Adanna Duru has a new music video, “Throwback,” which you can view at the end of this article.

Have you seen all of our off-season artist updates? While we were waiting for Season 5, we also checked in with Nicholas David (Season 3), Nathan Parrett (Season 2). and Katrina Parker (Season 2).