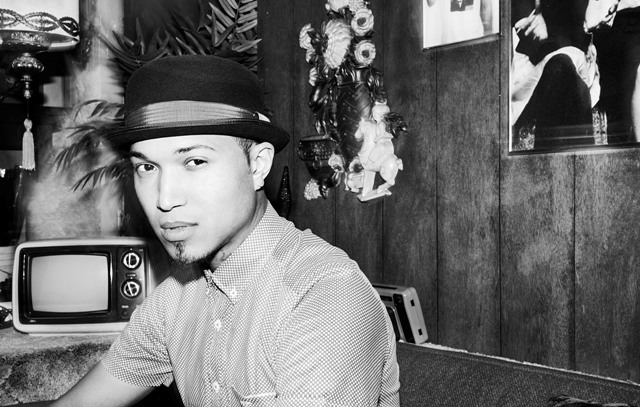 One of our favorite The Voice artists, Jamar Rogers, has a brand-new single out today called “Drink Of You.” Ever the gentleman, Jamar also recently took a few minutes to give BFTV an update on where he is since being a semifinalist in Season 2 of the show, and if he still keeps up with his colleagues.

Most importantly, we can report that this talented singer has finally scored a record deal! “I signed to Tommy Boy Records, which was like a labor of love trying to finally get a record label to take me seriously,” he told us. “They were really big in the 90’s, and now they are rebuilding their roster with indie artists. They’re kind of using me to rebuild their brand which is really exciting. I’m just so happy to finally be taken serious by a label. They really believe in me.”

Now begins the journey to further build up the Jamar Rogers brand. On October 22, we’ll get to see the accompanying video for “Drink Of You,” a teaser of which you can check out below.

It even has a Voice connection. “The girl that plays my love interest in the video is Cee Lo [Green]’s makeup artist, which is amazing,” Jamar told us, adding that “I still stay in touch with Cee Lo.”

Many of the artists from the show speak of it as a family, but Jamar has particularly exemplified that belief, collaborating with fellow singers and encouraging them whenever possible. He’s appeared on the EPs of fellow Season 2 singers Cheesa Laureta and Erin Willett, and while he’s been busier recently with his own music, he’s still interested in what everyone else is doing. “I haven’t met Judith [Hill] yet, but my producer is really good friends with a guy that’s producing her,” he said. “I’ve actually been chatting back and forth with Amanda Brown.”

While he’s a talented performer without a doubt, perhaps the biggest contribution Jamar has given the Voice universe is the person that he is. He’s always had a positive attitude and a kind word to share, no matter how difficult the circumstances for himself or anyone else. It’s no surprise that he just wants to express how happy he is. “Life is good,” he reflected. “If anything, I’m always just big on following your passion.” Jamar has clearly done that – and we’ll follow him anywhere he wants to go.

Jamar’s new single “Drink Of You” is now available on iTunes. Be sure you’re also keeping up with him on Twitter (@JSquidward). A new episode of The Voice airs Monday at 8 PM ET/PT on NBC.