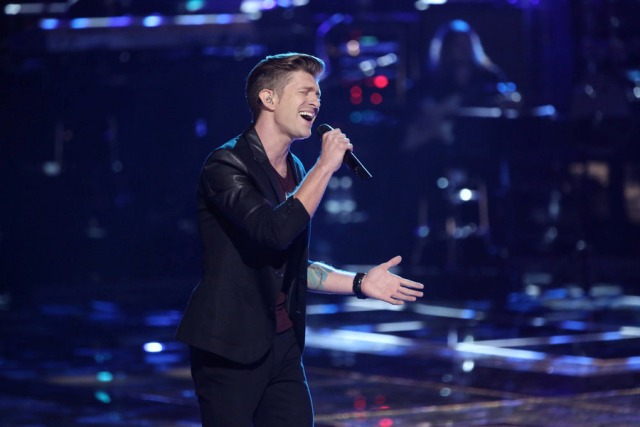 It’s only been about two weeks since Josh Kaufman was named champ of The Voice Season 6, but the show’s coaches and alumni are already making offseason moves. We’ve compiled the notable happenings for you below in this first June edition of our The Voice news roundup.

We’re just a few weeks away from seeing coach Adam Levine make his acting debut. Begin Again, in which Adam plays musician Dave Kohl, has its limited release Friday, June 27 and then expands everywhere on July 11.

The cast also includes Keira Knightley as Dave’s jilted girlfriend, Mark Ruffalo (The Avengers) as a music producer, and coach Cee Lo Green as…well, he seems pretty much like a fictionalized version of Cee Lo Green.

You can check out the new trailer for Begin Again below. It includes Adam singing a new track, “Lost Stars,” which we assume will be included on the movie soundtrack that Adam’s own 222 Records is releasing at the beginning of July. You can pre-order your copy now.

Jake Barker Has A New EP

Fresh off being spontaneously added to The Voice Tour, Season 6 alumni Jake Barker – pictured at the top of this article, and probably best known for taking on Maroon 5’s “She Will Be Loved” before being eliminated in the first round of playoffs – has released a new EP. You can download the four-song Stage Fright on iTunes now.

Team Adam’s James Wolpert was one step shy of making it to the Season 5 finals; he’s been working hard to parlay his exposure into the funds needed to release new music. James’s Kickstarter is almost over, but you still have time to donate and help him reach his goal.

As of Sunday night, when we went to press, James was less than $3,000 shy of his $25,000 target. His campaign ends tomorrow, June 3, just before 9 PM PST. To get more information or to donate, go directly to his Kickstarter page (kickstarter.com/projects/584074878/james-wolpert-makes-a-record).

Season 1 semifinalist Casey Weston recently dropped a new music video, “Back To The Start.” Take a look at it below.

One of the busiest alumni is Season 2 finalist Tony Lucca, who’s almost always on the road somewhere. This summer, he’s touring with both Tyler Hilton and Tonic’s Emerson Hart.

Tony and Tyler take to the road beginning July 8 in Louisville, KY and they wrap up July 22 in Nashville, TN. Then in August, Tony jets over to the West Coast to join Emerson for a short stint that runs from August 2 in Phoenix, AZ to August 9 in Seattle, WA. For all the tour dates and locations, hit up his website (tonylucca.com).

If you’re on either coast, these are great opportunities to check Tony out live – we’ve been to several of his shows, and he never, ever disappoints.

Blake Shelton Has A Pizza

You’ve probably seen the billion commercials for this, but it’s just too amusing not to mention. Blake Shelton has teamed up with Pizza Hut, and they’ve given him his own “Blake’s Smokehouse BBQ” pizza – which consists of bacon, ham, and pork covered with honey barbeque sauce. We think it should’ve come with a special latte.

The Voice season 7 will begin airing on NBC this fall; The Voice Tour launches in San Antonio, Texas later this month. For more updates on artists after the show, visit our sister site Big Red Chairs (bigredchairs.com) and follow it on Twitter (@bigredchairs).

(c)2014 Brittany Frederick. Appears at Starpulse and Examiner with permission. All rights reserved. No reproduction permitted. Visit my official website and follow me on Twitter at @tvbrittanyf.